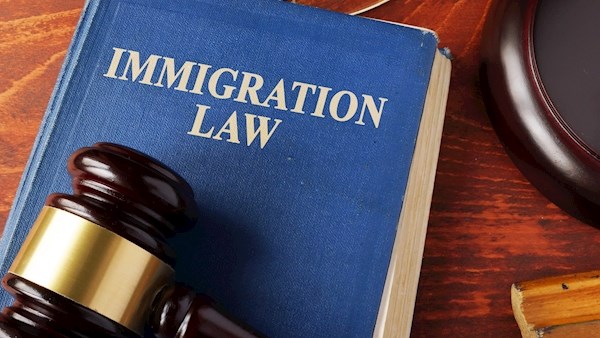 The Irish Court of Appeal yesterday overturned a High Court finding that applicants for Irish citizenship must have “unbroken” residence here in the year before they apply. The decision by the High Court came in the case of an Australian man, Roderick Jones, who was refused citizenship by the Minister for Justice last year due to being out of the country for 100 days in the year before he applied. 97 of those days were spent on holiday and three were for work reasons. The Minister for Justice had asked the Court of Appeal to overturn the “very restrictive” High Court finding, saying it means with “very, very few exceptions” that nobody qualifies to apply for Irish citizenship.

The case was being watched closely by all involved in Irish immigration as the previous ruling had caused a lot of uncertainty and confusion to citizenship applicants. A priority appeal was heard last month during which Mr Jones’ lawyers and lawyers for Minister of Justice, Charlie Flanagan, both urged the Appeal Court to overturn a High Court finding that the relevant law means citizenship applicants must have “unbroken” residence here in the year prior to their application.

Mr Justice Max Barrett had ruled last May the Minister’s discretionary practice of allowing applicants six weeks out of the country, for holiday or other reasons, and more time in exceptional circumstances, is not permitted by section 15.1.C of the Irish Nationality and Citizenship Act 2015 and that the Minister has no discretion in relation to the “continuous residence” requirement in that section.

Lawyers for Mr Jones and the Minister both argued the High Court erred in how it interpreted “continuous residence”, but they disagreed on other aspects of the decision. Sara Moorhead SC, for the Minister, argued that the residence finding should be quashed but Mr Flanagan’s refusal of Mr Jones’ application should otherwise be upheld and Mr Jones’ appeal dismissed. The three judges ruled unanimously that the High Court had erred in how it constructed the relevant law and its construction is “unworkable”, “overly literal”, “unduly rigid” and gives rise to an “absurdity”.

The court dismissed the appeal for those and other reasons.

Minister Flanagan said that he would study the judgement in the coming days but welcomed the decision. He said: “I understand that, for applicants, their families and their friends, the past few months will have been quite stressful. Today, the Court has provided legal clarity, and upheld the lawfulness of our residency rules governing citizenship through naturalisation.” He said that the processing of applications has continued since July and that he and his officials were doing “everything possible” to organise a Citizenship Ceremony for December